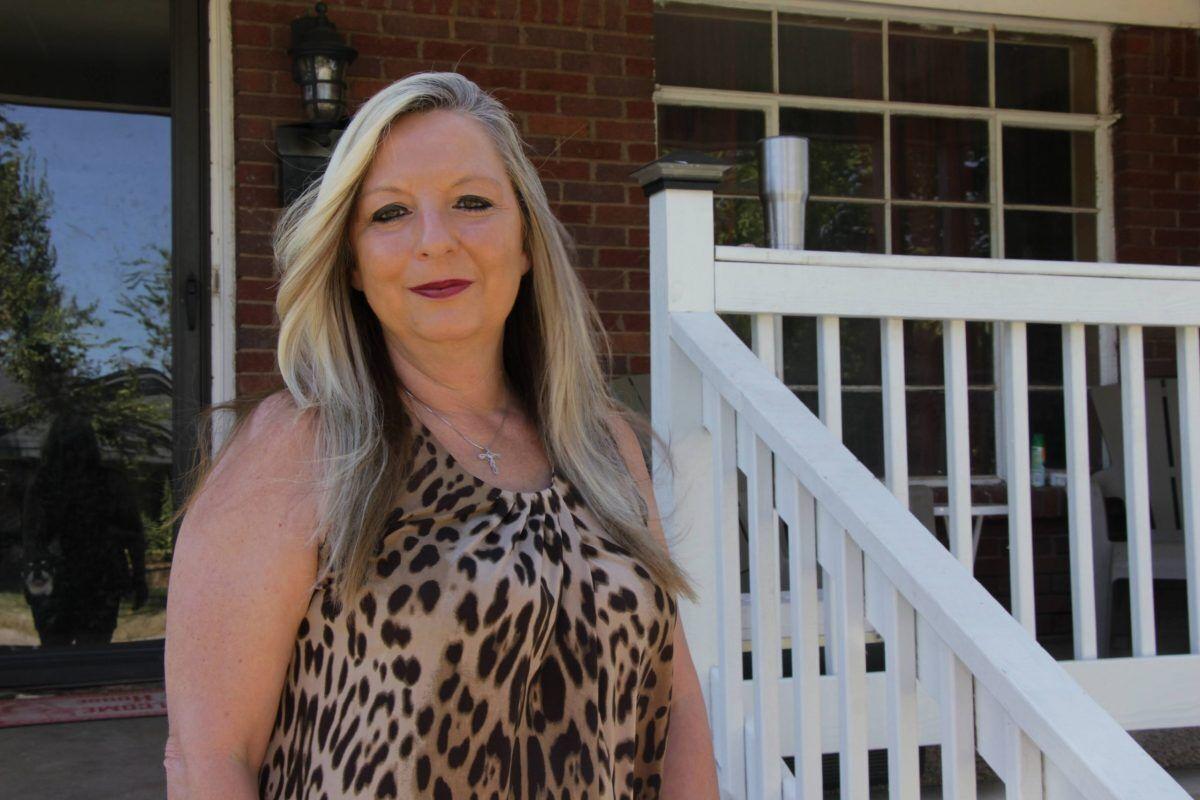 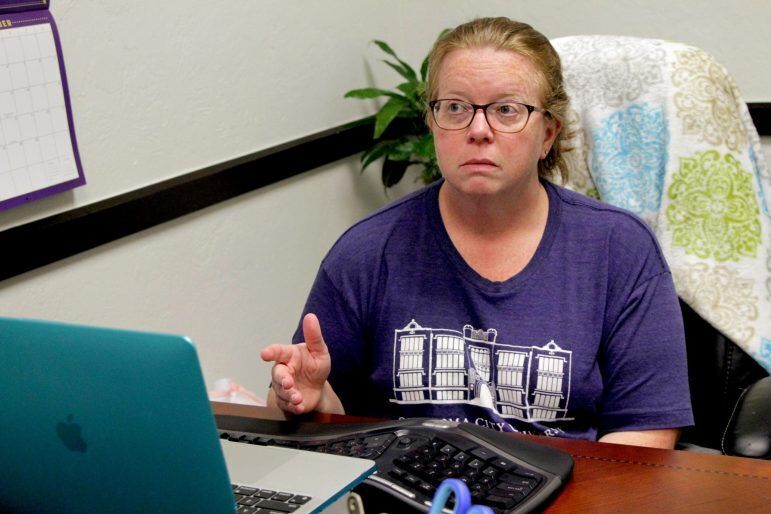 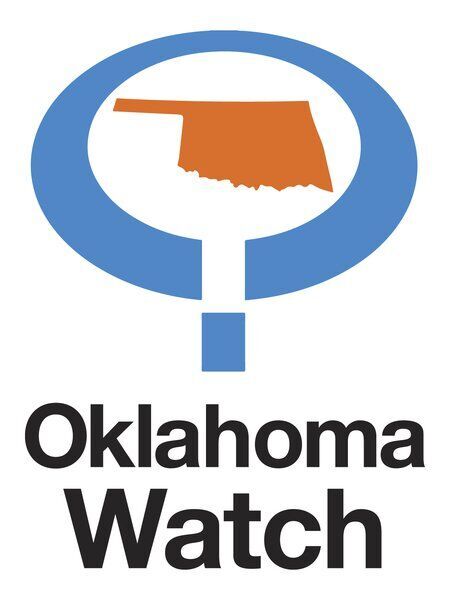 In March 2020, she decided it was no longer worth the risk. Hospitalized with pneumonia as the pandemic started, and already suffering from progressive heart failure, Russell was among 98,783 Oklahomans who filed for unemployment benefits that month. She received $636 a week for 12 months.

On Aug. 12, while sitting on her living room sofa waiting for a virtual doctor’s appointment, she opened an envelope from Oklahoma Employment Security Commission containing five “notices of overpayment determination.”

“I was walking around the house, and I was just, like, cursing,” said Russell, a 49-year-old Midwest City woman. “What the heck is going on?”

State unemployment commissions nationwide overpaid more than $12.9 billion in benefits between April 2020 and March 2021, according to the Government Accountability Office’s July report. The billions in overpayments are a result of commissions prioritizing the clearing of claims backlogs and ensuring people in need received benefits.

In Oklahoma, nearly half of those filing in the first six months of the pandemic waited at least three weeks before learning whether their unemployment claim had been accepted. In some cases, those waits persisted through the end of the year.

With the U.S. Department of Labor directing commissions to review 2020 claims and ensure only qualified individuals were paid benefits, states are trying to recoup those overpayments.

Oklahoma Employment Security Commission officials said they have no way of knowing how many Oklahomans were overpaid for unemployment benefits or how much they owe.

“It would be irresponsible for (the commission) to put a dollar amount on overpayments when at this point we’re not even sure if all that money is going to stay in the hands of claimants or be returned,” said Taylor Adams, spokesperson for the commission.

The commission’s executive director, Shelley Zumwalt, pointed to the agency’s 41-year-old computer server as part of the reason why the state’s overpayment total is unavailable.

“To get any data out of it can be really difficult,” she said.

Under Oklahoma law, cases can be classified as overpayments if claimants knowingly or accidentally provide false or inaccurate information or if the commission commits a processing error.

Each overpayment type comes with specific penalties and methods for the state to recover the funds. In all cases, individual claimants are liable to pay the money back unless they file an appeal and get the decision reversed.

Claimants are responsible for the information they provide in their initial applications, Adams said.

“If (the commission) later finds that we either didn’t have all the appropriate information, or (claimants) weren’t being factual and accurate about that information, we have the right, legally, to go back and recoup those claims, those benefits,” she said.

For Russell, that review meant having her benefits withheld while she waits for her appeal to be heard. It’s been more than a month. If her appeal is denied, she won’t be eligible for benefits until the entire $27,762 is repaid.

Her rent-to-own agreement is with her grandmother, so missing her $500 monthly rent hasn’t led to her eviction. The rest of Russell’s expenses are a different story.

“I live by myself. I’m the only one paying my bills. So my bills have been behind,” she said. “I’ve had to borrow some money from family members just to kind of keep afloat.”

Claimants in the Oklahoma Unemployment Issues Facebook group describe losing their homes, vehicles and access to childcare while they struggle with the consequence of overpayment notices, long appeal times and confusing processes. Re’Ondo Harring, of Oklahoma City, said he received a single letter telling him he owed the state $19,989. He immediately filed an appeal and waited four months before having his overpayment reversed.

Kathy Bushnell, an attorney whose clients with overpayment appeals include Russell, worked at the state commission from 2008-2018. Oklahoma Employment Security Commission has the responsibility to adjudicate claims and hear appeals in a timely manner, she said.

“They cannot continue to blame claimants for its failure to timely adjudicate claims since the pandemic started,” Bushnell said.

When someone files for unemployment, the claim goes through a computer system that automatically accepts it or assigns a stop-code, she said.

“It’s just a four-digit code that corresponds with the section of law that may be impacting your ability to work, you know, ability to get benefits,” Bushnell said, explaining that in non-pandemic times, claims with stop-codes would get assigned to an adjudicator who would then make a timely decision on the claim.

“Federal guidelines say that within 21 days of the date that the issue is first noticed or detected by the agency, the agency needs to issue a decision,” she said.

Bushnell said that in her experience, a flagged unemployment claim can only pay out if an adjudicator approves the claim or removes the stop code.

“What I’ve been seeing with the cases I’ve been dealing with is that the claimant, the person applying for benefits, gave information when they applied that in my experience would put a stop code on their claim, but they never received a decision (from adjudication), but they got money,” Bushnell said.

Zumwalt said most overpayment determinations happen during a retroactive review process most claims go through when applicants seek to renew benefits.

Frequent updates from the Department of Labor on what types of claims to approve and review “can absolutely make something that was true a month ago, untrue,” Zumwalt said. “And then we have to go back and check to make sure that we follow all the rules that we are supposed to.”

The July report by the Government Accountability Office said the $12.9 billion in overpayments will increase as state unemployment commissions focus on identifying fraud and problematic claims filed last year.

The Texas Workforce Commission identified $214 million in overpayments last fall and was making a deliberate effort to recover funds targeted by “nefarious actors,” according to the Texas Tribune.

Zumwalt said there isn’t a specific amount the Oklahoma Employment Security Commission is trying to recover.

Russell said she has lost confidence in the state’s ability to come through in times of need.

“I’d done exactly what (the government) said to do,” she said. “They gave us the money to help keep America going, and then, once the economy picked back up again, now they’re like, ‘Oh, we want you to pay it back.”

Oklahoma Watch is a nonprofit, tax-exempt, 501(c)(3) corporation whose mission is to produce in-depth and investigative journalism on public-policy and quality-of-life issues facing the state.