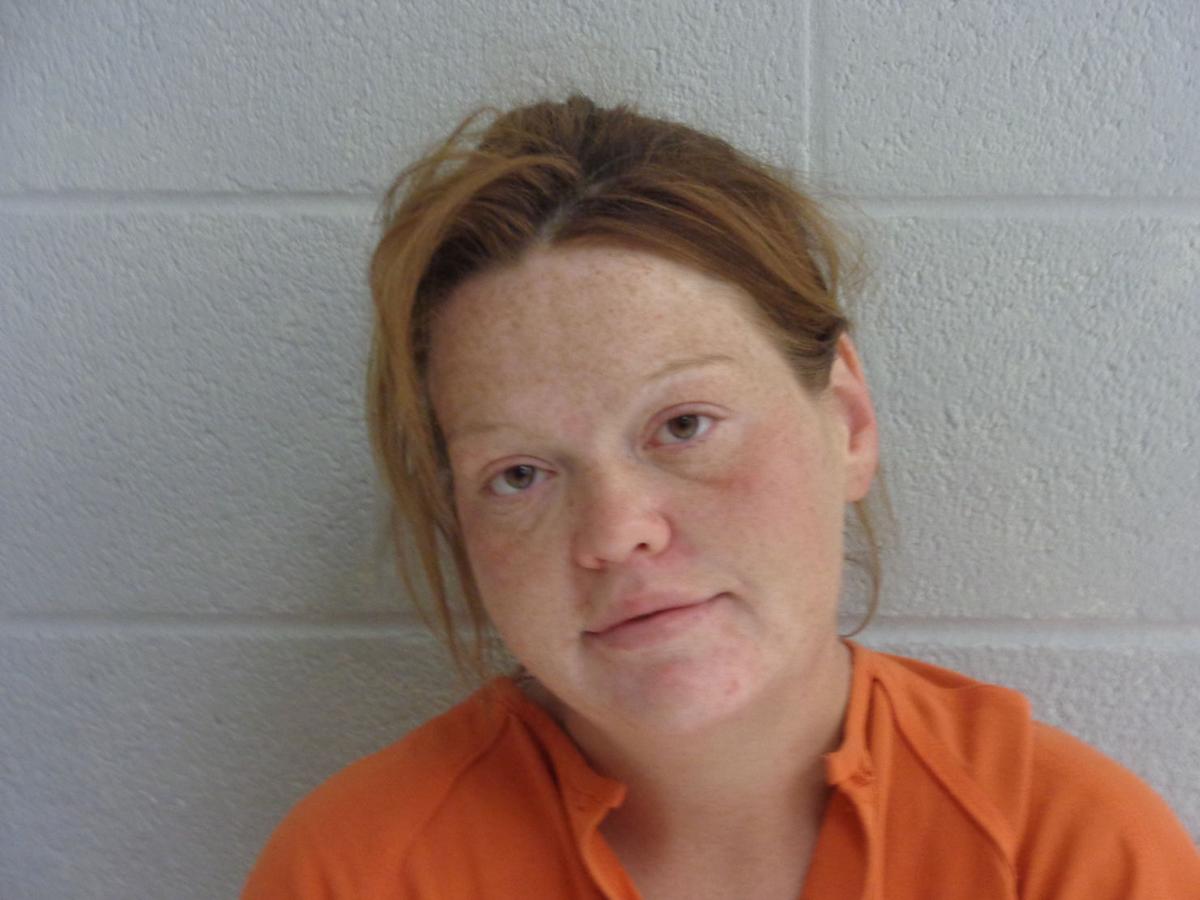 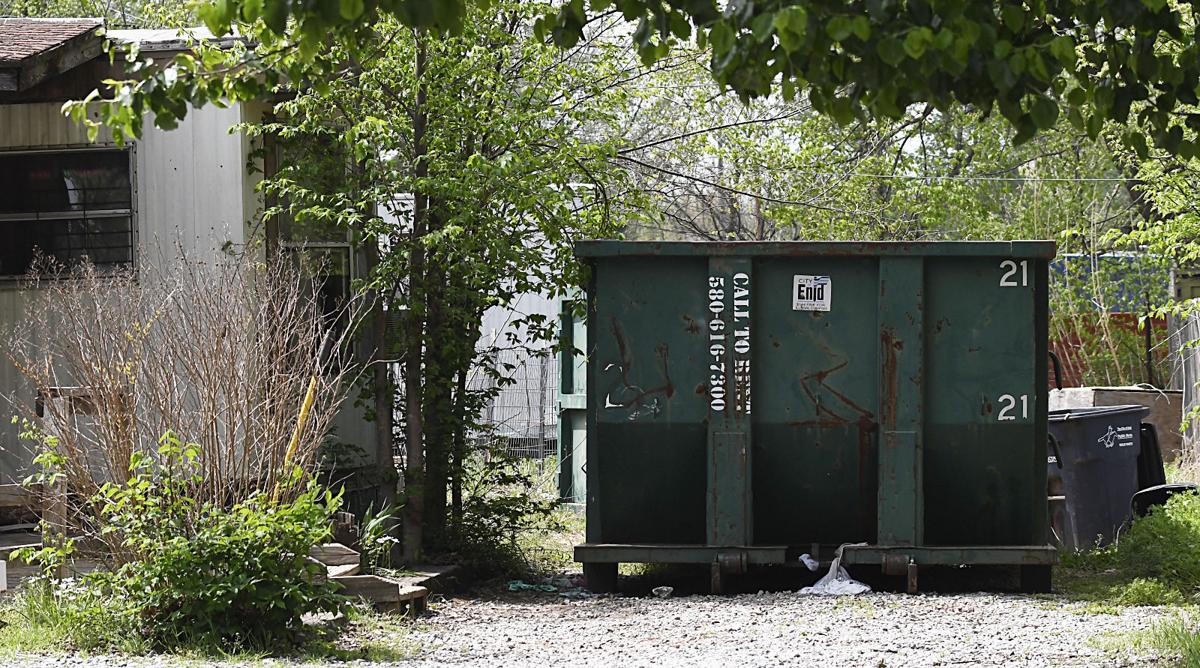 ENID, Okla. — The mother of a baby found dead in a dumpster in April has been charged with second-degree murder and unauthorized disposal of a corpse.

The boy was found in a construction dumpster the morning of April 9, 2017, at 1616 S. 2nd. An Oklahoma Medical Examiner's Office report lists the manner of death for the boy, identified as Baby Boy Green, as homicide and the cause as methamphetamine toxicity. The report does not indicate whether or not the child was stillborn.

Updated: Photo of 'person of interest' in deceased infant discovery is released

According to an affidavit filed in the case, at 2:24 a.m. April 9 Sgt. Zeke Frazee received a telephone call from John Brauner and Andrew Cline.

Brauner told Frazee he and Andrew had been living at 1616 S. 2nd for several days, things were strange and they thought a baby might have been thrown in a dumpster. Brauner told Frazee the baby could be in a small trunk with diary cow print on the outside.

Police responded to the residence where they found a city of Enid roll-off dumpster sitting on the north side of the trailer, according to the affidavit. Officers checked the dumpster and found underneath some clothing a black plastic trash sack in the shape of a square that looked as though it contained a box. Officers opened the trash sack and found a square trunk with dairy cow print.

"The trunk was removed from the dumpster and when doing so, an odor of decomposition could be detected coming from the trunk," according to the affidavit. "The trunk was opened and inside was a sealed black trash sack. The black trash sack was opened and on top was a white colored plastic sack containing blood, afterbirth and deceased human baby body."

Officers checked the residence but were not able to locate anyone.

'She was hiding the box'

Bench wrote in the affidavit he learned Green and her three children lived at the trailer at the residence and officers were attempting to locate Green and her children to secure and verify their safety.

Bench went to the crime scene and noted the baby looked fully developed and "there appeared to be some skin slippage and decomposition." The baby had dark-colored hair and was lying on his stomach.

Bench interviewed Brauner, who said he met Green about five days ago when she told him he could stay there in exchange for cleaning up the property.

Brauner told Bench while he and Andrew were cleaning out another trailer and storage sheds on the property he saw a small trunk with dairy cows on it in the shed in front of the trailer, according to the affidavit. He said Green told them to stay away from the trunk with dairy cow print as it belonged to her grandmother and contained human ashes.

Brauner reported he smelled an odor of decomposition at that time and during the next couple of days Green acted very paranoid about someone being around the trunk, according to the affidavit. Brauner said at one point she screwed shut the door to the shed where the box was to keep everyone out and made some statements about the neighbors across the street going to report her for ”killing her child."

Brauner said Green made another comment “that she was hiding the box for someone and what was inside could send her to prison for life.” Brauner stated things were "weird" at the trailer and with all that had happened he thought there might be a baby in the box.

Brauner told Bench his conclusion was based on her statements and the box only being big enough to contain a child.

The trunk in the dumpster

Bench interviewed Cline at Enid Police Department. Cline said he knew Green from his friendship with her brother, Dustin Green. Cline told Bench he was staying at Green’s trailer and was helping clean up around the trailer and sheds. He said while cleaning out the sheds they found this small trunk in the front shed that had a dairy cow print on it. Cline said Green told him to stay away from it and not to mess with it, the affidavit states.

Cline told Bench that Green told Cline she had to get rid of the trunk, according to the affidavit.

Cline told Bench he went with her to the shed in front of the trailer where they got the trunk. Cline said he wanted to know what was inside the trunk because she had been talking about it for several days. He said Green would not allow them to be around it, so he moved the trunk from the shed and took it inside the trailer. Cline stated he could smell an odor coming out of the trunk. Cline told police Green said she needed to get rid of the box, so they put the trunk into a black plastic trash sack and then he threw the trunk into the dumpster, according to the affidavit.

Cline said after they threw the trunk into the dumpster, Green started throwing clothes into the dumpster to cover up the trunk. Cline told Bench he and Brauner left the trailer and Green texted him and told them not to go back to the trailer because she had run away, the affidavit states.

Report from the ME office

John prepared a search warrant for the property, and he and Bench drove back to the scene where the warrant was executed.

"During the search we checked the shed in the front of the property. There was a place on the ground just inside the door where there was an impression in the dirt that appeared to be the same size and shape of the trunk," Bench wrote in the affidavit. "We found numerous piles of items in front of the back trailer where John and Andrew had been cleaning out the trailer as stated. We checked the inside of the dumpster and located the black plastic trash sack that had been removed from the outside of the trunk. We noted a lot of clothing inside the dumpster that appeared to have been thrown on top of the trunk."

Bench learned Green and her three other children had been located and were fine. Green was driven to the station for an interview by her family.

Green was sent into an interview room where she was observed concealing something in her private areas. Bench attempted to interview Green, but she refused to talk and requested an attorney.

Green was able to remove some of the purported drugs from her rectum. Officer Court Bonnett secured the small baggie, which he field tested, and it tested positive for methamphetamine, according to the affidavit. Due to watching the defendant make numerous motions from the vaginal area to the rectum area, there was the possibility of more drugs being concealed inside her.

John prepared a search warrant for her to be examined and to obtain her DNA to compare to the baby, according to the affidavit. Green was examined by Dr. Christopher Lee, who told Bench there was no other contraband found inside Green.

John spoke with Mead, who came to the station after a press release was sent out about the baby being found. Mead explained to John he and Green had been in a sexual relationship in the past.

On April 11, 2017, Bench spoke with Dr. Clay Nichols, of the state medical examiner’s office, who told him the preliminary report was the baby boy was 33 to 34 weeks old, the baby weighed about 5 pounds, 6 ounces and the baby had been washed after birth.

Nichols told Bench the cause and manner of death would be pending toxicology reports but preliminary results were "intrauterine fetal demise," which is a term for stillborn according to online medical dictionaries, as a result of methamphetamine use by the baby’s mother.

April 24, 2017, Bench received an OSBI report indicating Green is the mother of the deceased baby boy based upon a comparison of DNA samples obtained from Green and the baby, according to the affidavit. On July 24, 2017, Bench received the official medical examiner’s autopsy report on Baby Boy Green that the cause of death was methamphetamine toxicity and the manner of death was a homicide.

Green has since been committed to Oklahoma State Department of Mental Health for care and treatment after being ruled incompetent to stand trial on charges of felony child neglect and possession of methamphetamine, online court records show.

Rains is police and court reporter for the Enid News & Eagle. He can be reached at crains@enidnews.com.
News