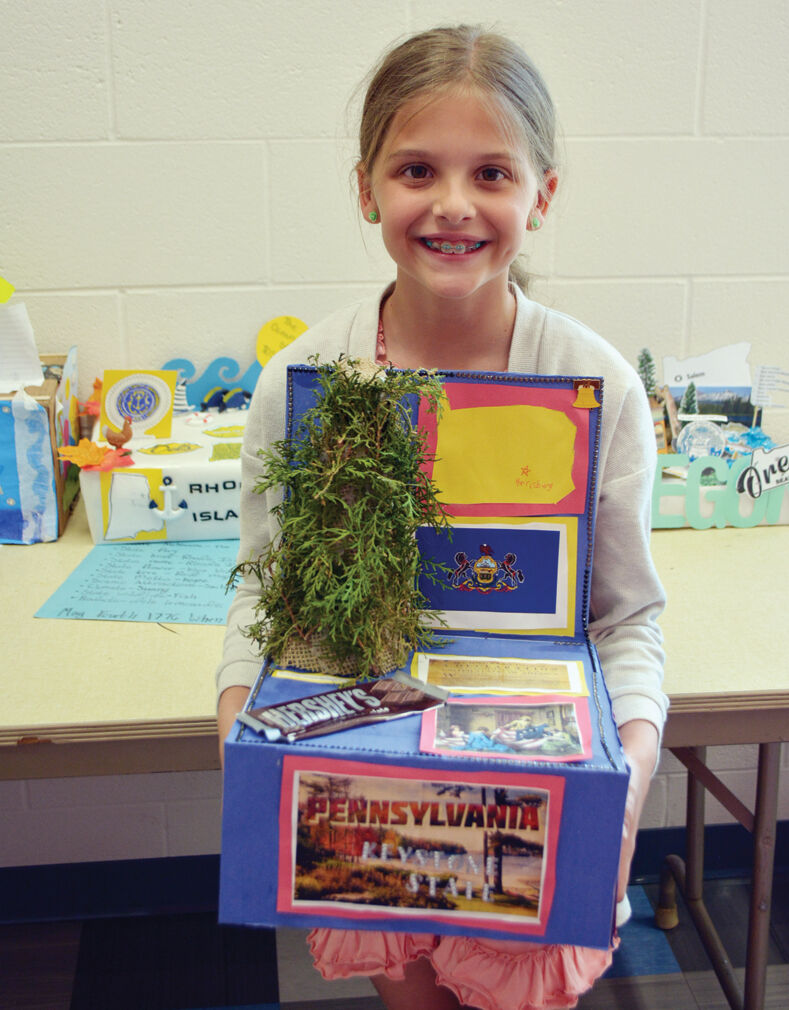 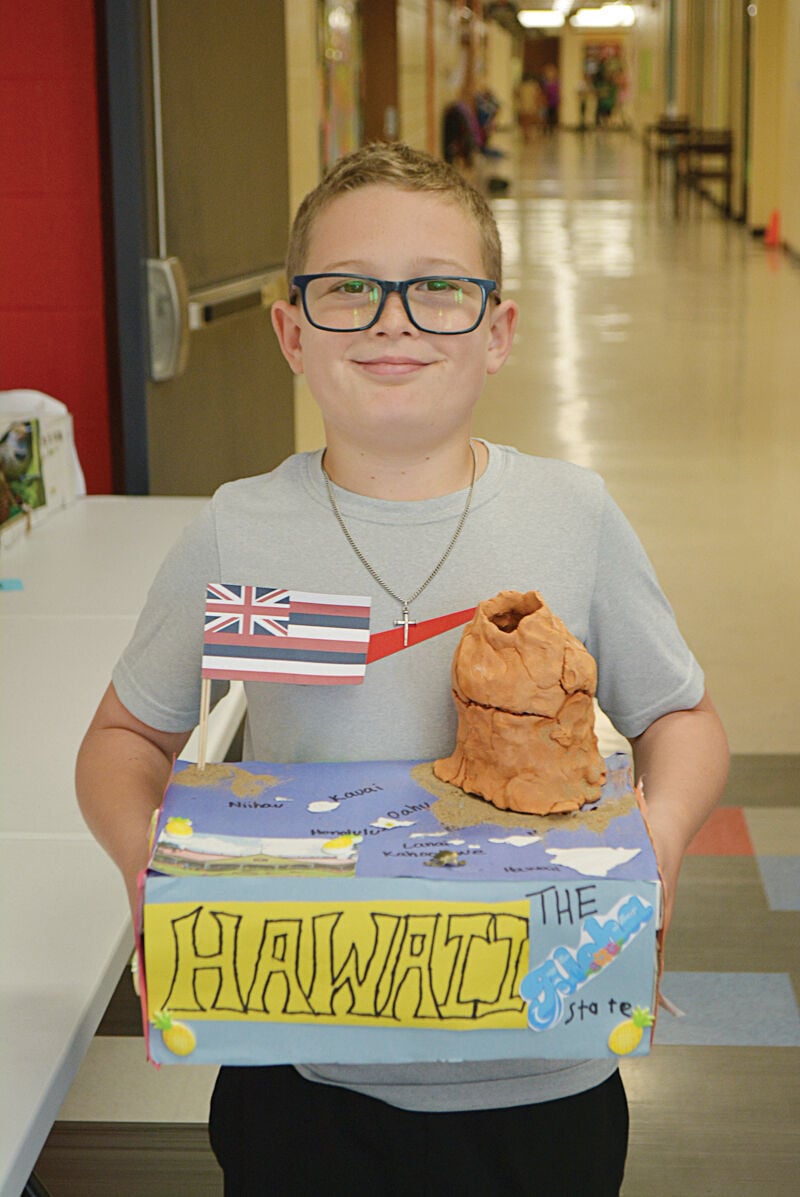 “Our fourth graders are studying the states for standards and have made the best state floats out of boxes,” Principal Tara Burnett said. “It's Mrs. Carole Stake's fourth graders.”

Each student was assigned a state in which they researched, gathering information to create a model of a float for a creative box parade to be displayed in the halls of the school.

Students worked primarily at home on the assignment, Stake said.

“Any down time that students have during the day, after their completed work, can be used to research,” Stake explained. “It is expected that students are using time management practices at home to complete this task of research and modeling a float.”

According to Stake, the class discussed expectations of the float and how it would be created. She encouraged students to be creative, using items easily found in the home.

Boxes included a labeled outline of the state with the capital and a star showing where it is located. Other items included the state flower, flag, bird and state tree. Children also included at least five other points of interest about the state.

“Because I know a lot about this part,” McGill explained as he pointed to a picture of a Pearl Harbor Memorial. “It used to be a military base for the Navy.”

Next to the picture, McGill had a Lego soldier strategically placed as if he were doing a salute in honor of what happened at the harbor.

Shay Campbell’s box was based on Pennsylvania.

“My aunt lived there for a few years,” Campbell said. “They’re famous for chocolate… I like chocolate.”

A large Eastern Hemlock tree stood boldly on her float next to pictures of the Declaration of Independence and the creating of the first American flag.

Cason Flanery said he picked Wyoming, “Because I really like it there.”

In making his float, Flanery said learning about and making Old Faithful was probably his favorite.

“The entire puff is just a pipe cleaner and cotton stuff,” Flanery shared.

Illinois was the state Casin Parella picked to make his float.

“I live there for one year,” Parella said.

Parella said the Bluegill fish was his favorite part of his float because he likes to go fishing.

The floats were part of the Great United States Parade, displayed for the staff and students of the school.