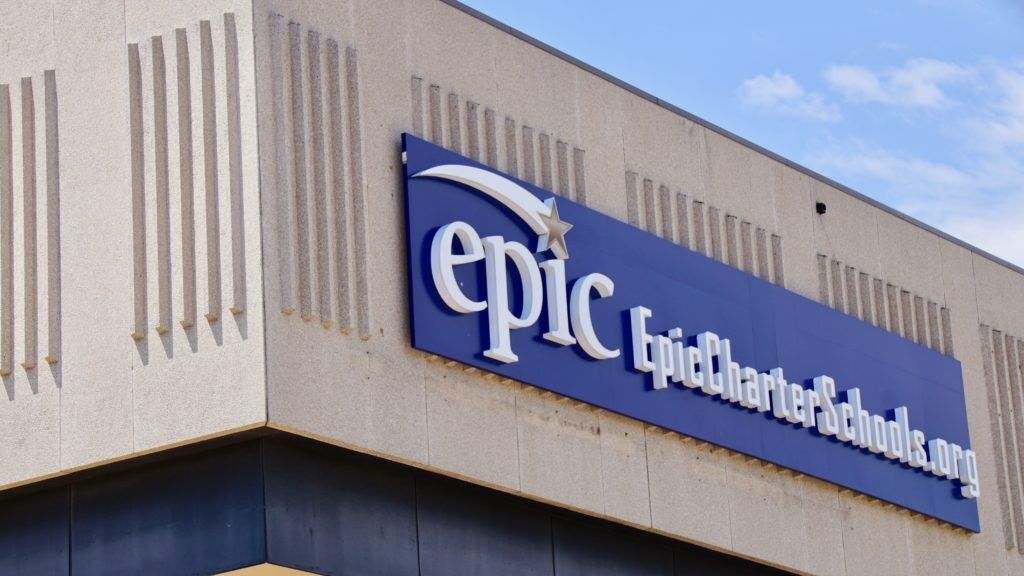 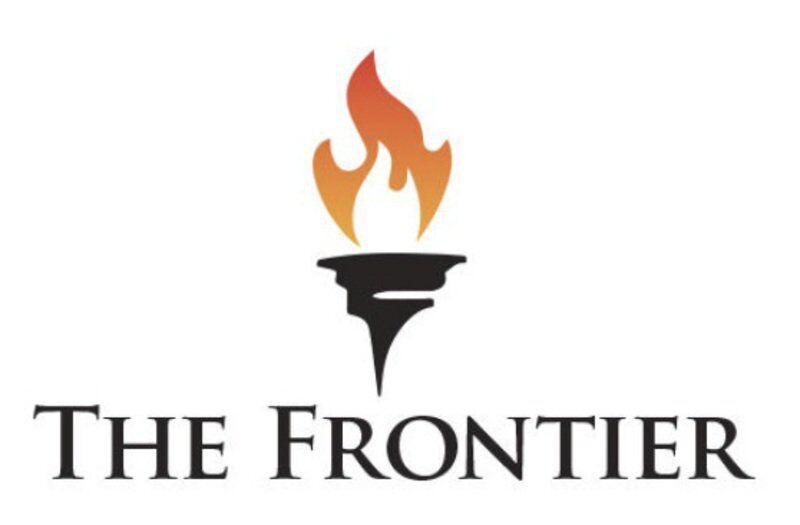 When the COVID-19 pandemic began sending thousands of parents in search of virtual learning options last year, the enrollment at Epic Charter Schools, already one of the state’s largest school systems, began to explode. Projections showed the potential to add as many as 25,000 new students.

But three senior staff members at the school told The Frontier they believed the prospect of nearly doubling the student count would be disastrous.

Some doubted the school could train enough new teachers and that an enrollment cap was necessary to avoid “growing beyond capacity,” worried one official, who spoke on the condition of anonymity because they were not authorized to publicize internal conversations.

But more students meant more money to the owners of Epic Youth Services, the private company owned by the school’s founders that served as the school’s management organization and the recipient of 10% of all state funding that went to the school. The management company told the school to take every student it could, bringing enrollment close to 60,000, up from about 38,000 students in July 2020. Epic grew to become Oklahoma’s largest school district during the pandemic.

The situation was one of a growing number of disagreements between school officials and the management company’s owners — Ben Harris and David Chaney, who founded Epic before starting Epic Youth Services to manage the school’s operations. Over the past six years, the company funneled $125 million of Epic’s state funding to itself, including nearly $46 million in management fees.

Internal disagreement also arose over how much money the school should spend on advertising, with some school officials questioning the nearly $2.6 million spent on an advertising blitz in 2019, including commercials, billboards, article placement in the state’s two largest newspapers and a promotional playground inside a mall. But when school officials wanted to hire more instructional staff, Harris and Chaney rejected the request, according to three sources.

While the school and management company often put on a unified front in public in response to growing criticism from lawmakers, law enforcement and state education officials, multiple high-ranking school staff members told The Frontier they believed the profit goals of Chaney and Harris were at odds with the school’s mission to serve kids.

In May, the school’s board voted to end its contract and partnership with Chaney and Harris.

Over the past three months, The Frontier interviewed 12 current and former Epic administrators and senior staff members, along with dozens of teachers — many of who were granted anonymity because they were not authorized to reveal internal discussions — to learn how the school decided to distance itself from Chaney and Harris and terminate the pair’s multimillion-dollar management contract.

The school continues to await a second report from state auditors, possible fallout from a multicounty grand jury investigation that accused Harris and Chaney of using the school for personal profit, and the state Department of Education has demanded that Epic repay $11.2 million in tax dollars.

But school officials and new board members hope that ending their contract with the school’s two founders will signal a new direction.

“It’s permanent, they are done,” said Paul Campbell, Epic’s recently appointed board chairman, who spoke with The Frontier about Harris and Chaney’s involvement in the school moving forward.

Last year, the state auditor’s office released a scathing report that accused Epic of financial mismanagement, inflated enrollment counts and other improper methods that led to increases in state funding.

At the time, both the school and management company criticized the audit.

But inside the school, the audit raised questions among staff and board members that led to an internal review and resulted in the school not only ending its contract with Harris and Chaney, and adopting the recommendations of the auditor’s office.

“The more (the board) began to ask questions about what was in the audit it begot more questions,” Hickman said. “Over that seven to nine months our position obviously changed from the first 24 hours.”

In May, two members of the Epic school board who state auditors had criticized for their close relationships to Harris and Chaney stepped down. The remaining board voted to increase its size and accepted four new members. Recommendations from an outside consulting firm Epic hired to review its policies and procedures sparked the board shakeup.

The consulting firm, Education Board Partners, recommended that new board members have at least some “understanding of the education landscape,” with prior experience on a school board preferable. The firm also recommended that the board reflect the diversity of Epic’s students, according to a document obtained by The Frontier.

In an interview with The Frontier, Bart Banfield, who has served as Epic’s superintendent since 2019, said the removal of the private management organization shifted power back to the school and gave the board more control over financial transactions.

“We are a nonprofit now, there is no for-profit mentality here,” Banfield said.

Harris and Chaney did not respond to a request for an interview, but in a June 28 Facebook post, Chaney claimed Epic’s new leadership had stripped the school of its creativity and innovative thinking.

“I’m human, and part of me resents watching new leadership implementing the same status quo ideas and policies EPIC was founded to change, while claiming to be leading the school out of the darkness and in a new and better direction,” Chaney wrote. “To me that seems disingenuous and disrespectful of the hard work of so many and of the accomplishments and successes of the last decade.”

But Oklahoma State Auditor and Inspector Cindy Byrd said the recent steps taken by Epic represented “a huge leap in the right direction.”

“They have implemented every recommendation listed in our audit, they have demonstrated a commitment to transparency, and so far they have been very cooperative with the second phase of our audit,” Byrd said in a statement to The Frontier.

In its contract with the school, Epic Youth Services was responsible for providing “customary charter school development services.” The company also oversaw Epic’s “learning fund,” which was a payment of around $800 per student that could be used on educational programs.

But Epic officials told The Frontier that ending the contract won’t create much new work for the school, raising more questions about how Epic Youth Services used the money and whether it provided real value to the school.

Jeanise Wynn, Epic’s deputy superintendent of finance, told the school’s board last month that by no longer paying a management fee, along with increases in state education funding, the school will see a 20% increase in per-student funding.

The extra money will be used to improve software, increase teacher pay and hire new staff, leading to a decrease in the student-to-teacher ratio from an average of 36 to 1 last year to 24 to 1 this next school year, according to Hickman.

Epic also signed up with a new software provider, ending the agreement with a service created by Epic Youth Services.

“Once a school is that large they should be able to manage their affairs without a management company. It’s important that the dollars that are appropriated are going to the needs of children and not the profit of a management company,” Dills told The Frontier.

The House passed legislation in May authored by Dills that sought greater transparency, but the Senate did not hear the bill.

Dills said she is hopeful the next report from the state auditor will motivate more action within the state Legislature, especially after Oklahoma County District Judge Natalie Mai directed Epic Youth Services to turn over all its financial records concerning the school’s learning funds to state auditors.

“We will learn more before the next session because of the court ruling and that will help us in responding,” Dills said.

Epic schools have also asked the court to grant it access to those same records, essentially seeking to join the state auditor’s lawsuit against the private management company.

Epic’s school board also agreed to grant an auditor with the State Virtual Charter School Board full access to its financial records and head office in Oklahoma City, according to a settlement agreement reached in May.

The board also established new procedures for approving funds and other measures to ensure only school employees have access to learning funds, which are student disbursements that were previously controlled by the private management company.

“One of the many things I was asked to evaluate and change with my hiring in February was to make our purchasing policy and day-to-day procedures look a little more like a brick and mortar or school,” Wynn said while presenting new purchasing policies at a June board meeting.

Some of the changes being implemented include a requirement for three quotes for large purchases and board approval for any purchases greater than $150,000.

“We’ve never budgeted like this before at Epic,” Wynn said.

“I’d say the positives are that the school is solely focused on educating and empowering children from the top down,” Campbell said. “It’s only been since April 13 since the school was freed of (Epic Youth Services) so we are still catching up.”

The Frontier is a nonprofit focusing on investigative and watchdog journalism. For more information or to donate, go to www.readfrontier.org.

Christi Caughron, 66 year old Woodward resident, passed away Thursday, July 15, 2021 at home surrounded by her family. Funeral services will be held at 10:00 a.m. Wednesday, July 21, 2021 in the Billings Funeral Home Chapel with Reverend Chris Ames officiating. Interment will be at the Memor…

Sorry, there are no recent results for popular images.