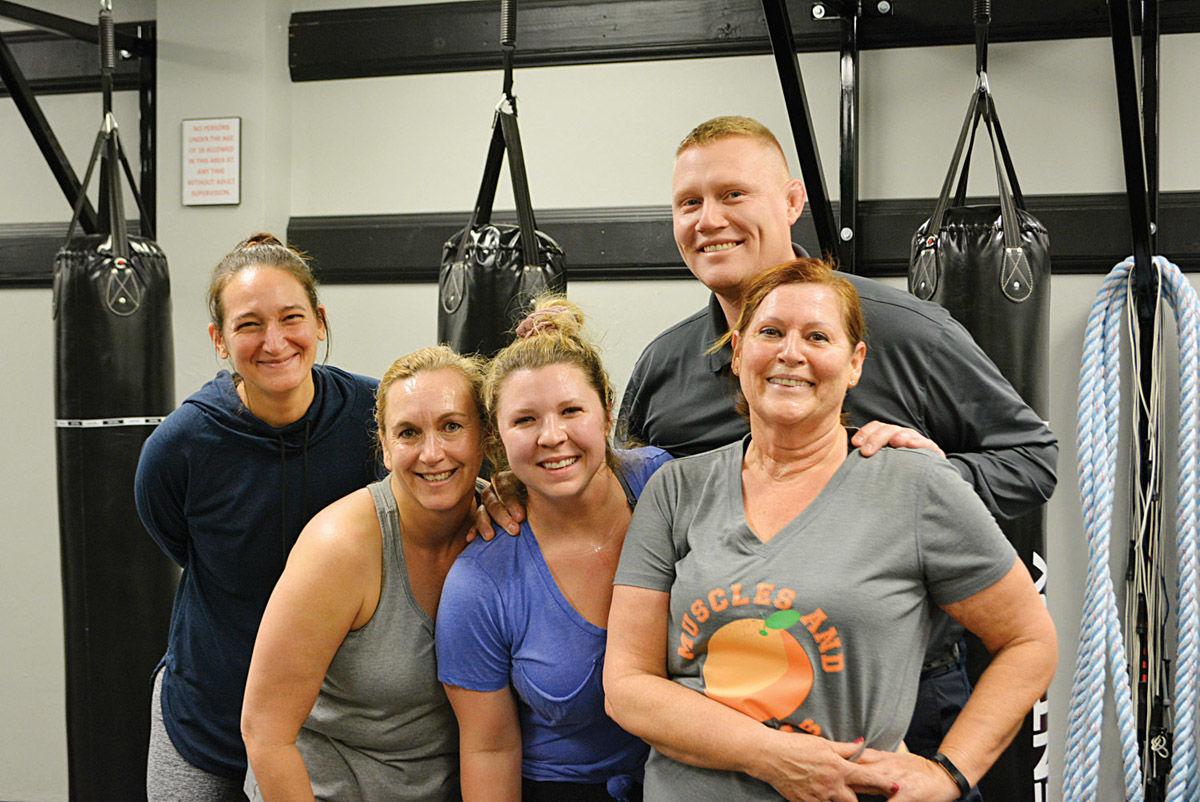 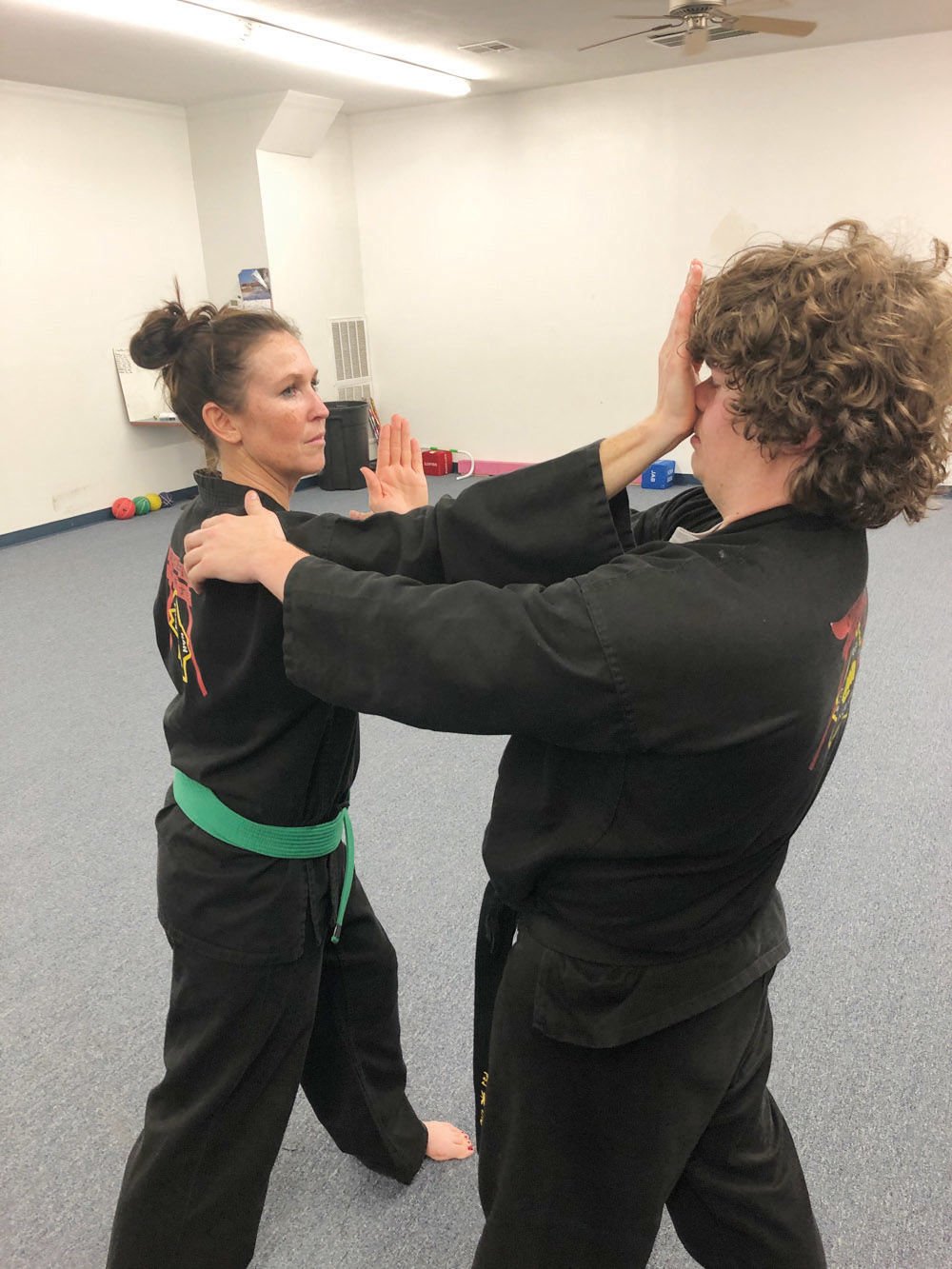 “The first and foremost thing, your number one line of defense when it comes to self-defense is your situational awareness. Knowing where you're at. Not putting yourself in a position where you could be attacked,” Mixed Martial Arts Instructor and Woodward Fire Marshal Michael Wickware said.

January is National Personal Self-Defense Awareness Month. According to Wickware, awareness is the key.

“Have a plan, develop a plan, and follow that plan,” Karate Instructor and Oklahoma Highway Patrol Lt. Mike Fike said. “There's all kinds of aspects of self-defense, the physical part of it is a minor part of it.”

According to Fike, the plan starts with getting ready to go. One essential thing to have is a cell phone.

As a highway patrolman, some of Fike’s advice revolves around vehicle safety.

▪ Let people know where you are going.

▪ Know basics about your vehicle, so you can check and put air in tires if needed.

▪ Always lock your doors so people can’t hijack the car when you stop or slow down.

▪ If someone points out something wrong with your vehicle while you are traveling, slow down but do not stop until you get to a public place at the next exit.

▪ If you are uncomfortable going into the parking lot alone, ask a manager to walk you out.

Fike cautioned that people that are going to mug you or assault you have a plan too. When their plan is disrupted, they have to develop another plan, and that can give you time to avoid a potential situation.

“The biggest thing is listening to that sixth sense, that sense it tells you, hey there's something wrong here. And being able to divert from your regular plan, develop another plan by observing, orientating, making decision, and acting,” Fike said. “So the simple act of just turning around and going back in the store, even though it sounds really sensible and really a common sense thing. A lot of people don't do because they don't ever think about that.”

Fike and Wickware stressed the importance of confidence, training and practice.

“The skill-set that you learn from fighting, or just simulated fighting, produces a self confidence in you that comes out. It's kind of an innate primal thing that people will see and notice,” Wickware said. “It puts you in a body posturing position that's different than a person that doesn't know how to protect themselves at all, or has never been involved in a fight.”

Wickware said parents of his students often come to him after a few classes and say their child isn’t getting bullied anymore.

“I'm very serious about that (confidence, training and practice),” Fike said. “They (bullies or bad guys) don't want someone that's going to fight them. They want an easy target the majority of the time.”

Wickware said there are typically two types of violence - asocial and anti-social violence.

“In those anti-social settings, if you think about any type of street fight you’ve seen or anything like that ,there's almost always communication involved. People are talking, they're screaming, they're hollering, they're cussing at each other,” Wickware said. “In an asocial attack situation that is someone that's coming to kill you. That is a murderer, a rapist or whatever they are, and you can say hey, stop, stop, stop, let's talk about this. They're not going to talk.”

In the end, Fike said if someone is going to rob you, let them have it. Stuff can be replaced. But if someone is trying to pull you into a car, you should fight.

“I would never say that you should fight. Except for one instance. And that's if they're trying to take you away,” Fike said. “Whether they have a knife or a gun, it doesn't matter. If they get you into that vehicle, things are going to go terribly bad.”

Both instructors stressed not looking at your phone while walking. Be vigilant, always looking around.

“The number one thing people say is, I never thought it would happen to me,” Wickware said. “Situational awareness is number one. Being ready, being in the mindset of, I can be attacked in Woodward Oklahoma. It can happen… It doesn't have to be a fear thing. It's just a vigilance thing. It's a preparation thing.”